18 Wheels that Keep the World Turning 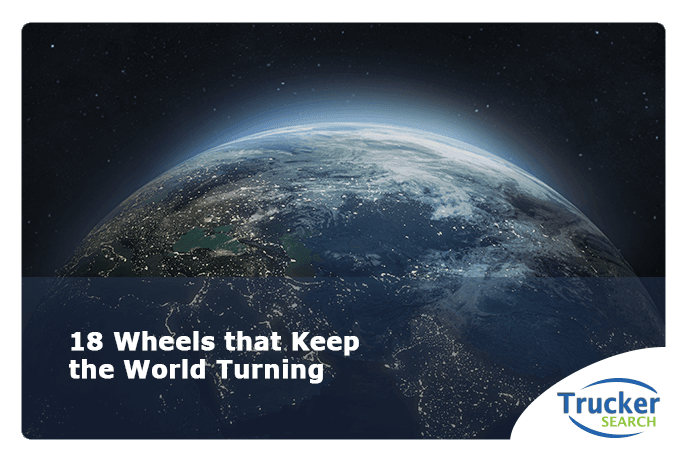 With over 3.5 million drivers on the road, as of 2019 (according to census.gov), the American Trucking Industry is a huge community represented by diverse people from across the nation and the globe! People from all walks of life have become a part of the transportation industry, making this a unifying career field. Drivers across the nation work hard every day to ensure that goods are transported to their destinations safely and timely. This is truly what keeps the American economy going.

The Big Engine That Could

Trucks are big, not only in size and mass, but in economic impact as well. Oftentimes trucks carry thousands, if not hundreds of thousands, of dollars worth of goods. This much value in a single route is a big responsibility, but every day there are drivers across the nation making this transport possible. This requires honesty, integrity, and a dedication to one’s career. Drivers have a truly inspiring work ethic.

Diesel engines may not always be the most efficient, sometimes they break down, but most drivers know how to address any issues and resolve them as quickly and safely as possible.. In the industry, it is never really a case of whether the truck is up for the job or not, but rather the driver because the driver is the most important player in the system. Without dedicated drivers, trade would be at a standstill.

The American economy relies on trade across the nation. America is huge, spanning 2,800 miles from coast to coast according to mapsofworld.com. When time sensitive deliveries are in order (especially with produce and other food items), there is always a rush to make sure none of the goods spoil. So, how do goods made on the West Coast arrive so quickly on the East coast and vice versa? Drivers make it possible through taking on loads and tirelessly making journeys to get the goods to their destinations on time!

Drivers face many challenges daily: hazards of the road, health issues, and difficulties in transport all make it hard on drivers to do their best work, but even then, they do an amazing job of keeping America running. Drivers may see many dangers from traffic incidents, slick roads, high winds, drunk drivers, cargo thieves, and people with malicious intent. They may also suffer through negative health conditions and stress associated with the career..  Drivers are met with adversity nearly every day of their career., Instead of being afraid and refusing to act, they meet these challenges head on and continue making it possible for people across the nation to acquire what they need, shop at their favorite stores, and receive important packages on time.

Drivers are some of America’s most important citizens, and while they sometimes go underrecognized, they deserve our thanks for the great work they do. Without the 3.5 million drivers in the United States, the nation would be brought to its knees. So today, thank a driver, and if you drive trucks or have ever driven, thank you for your service. You are truly a special person for making the sacrifice to keep America going strong!

Trucking News and Where to Find It 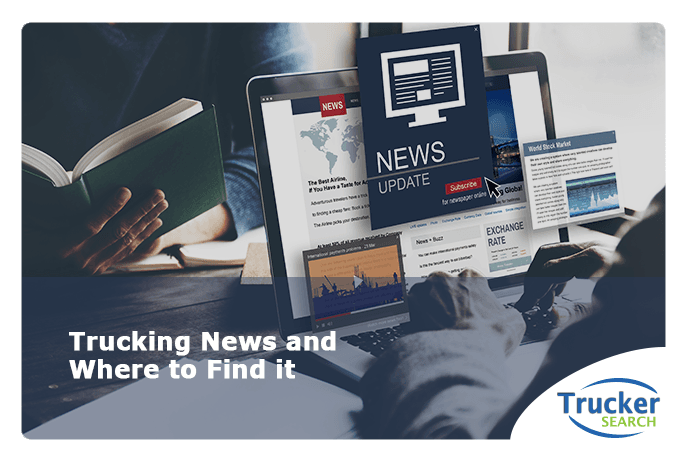 News is everywhere these days, on television, online, on the radio, on social media, and by word of mouth. Everywhere you look or listen, someone is trying to tell you a new story about something going on in the world. This can be overwhelming, especially when you don’t want to be bombarded by news about everything, but only about things that you care about. Of course, staying up to date on global events is important, but when you want to find news about your specific interests you sometimes have to dig a little. For trucking news specifically, there are many good sources and we have a few tips and tricks to help you get started in cultivating a list of news sources.

There is good news and bad news. This statement isn’t referring to the content of the news, but rather the quality. Much of the news today is created to sensationalize rather than explain the facts of a situation. That is just part of the industry, shocking headlines receive the most views. The difficulty comes when you try to find which news is true. Oftentimes it seems that all news has parts of truth and the more news you read, the truer perspective comes to view. Unfortunately, this sometimes takes more research than you have time for, but finding reliable sources can take some of this burden off yourself.

Many nationally accredited news sources (like the New York Times, the Washington Post, CNN, and FOX) are great places to look for news, but most of these are biased politically to one side or the other as news companies and are filled with people that have opinions. It is usually a good idea to read stories from one side and then the other, and in the middle is where you can find the truth of the matter. When looking for news, look at this chart by Ad Fontes Media that shows the amount of bias and the factuality of the news station.

Onto some more specific to the trucking industry sources, there are many websites and magazines that have great information that is directly applicable to your career. Some of the most popular magazines and websites that contain factual news are: Overdrive Magazine, Freight Waves, CDL Life, and Transport Topics. There are plenty of other great sources to learn more about what’s going on in the industry as well. Looking at their stories and comparing them to other sources is a good way to determine their credibility.

The best sources for regulatory and legal news for drivers and managers  from governmental websites and broadcasts as these are the sources from which regulation is coming from. There are a few different government programs that coordinate with one another to regulate transit, drivers, and the roads that we all use. When looking for news online, if the website has ‘.gov’ at the end of the web address it will be the most reliable source you can find.

There are plenty of sources online to get your news from, but it is up to you to determine the reliability of the source. The best way to do this is by using research skills and comparing different sources to make sure you are getting accurate news. If you are absorbing news effectively, you will be up to date on the true trucking news, making you a responsible and informed citizen.